John C. Fremont was an American military officer, early explorer and mapmaker, who was instrumental in the mapping of the American West, and in effect, facilitated settlement in the region, in places like Oregon and California. On his 1842 scientific expedition, Fremont examined the Oregon Trail through the South Pass, detailing the rivers, fertility of the lands and identifying ideal sites for forts. A year later, his expedition led to exploration of South Pass, the Columbia River, and the Oregon country, returning by way of the Sierra Nevada Mountains into Sacramento Valley, California. Fremont and surveyor and cartographer Charles Preuss’ 1848 “Map of Oregon and upper California from the surveys of John Charles Frémont and other authorities,” is based on Frémont’s survey of the Western United States made during his third expedition of 1845-1846. 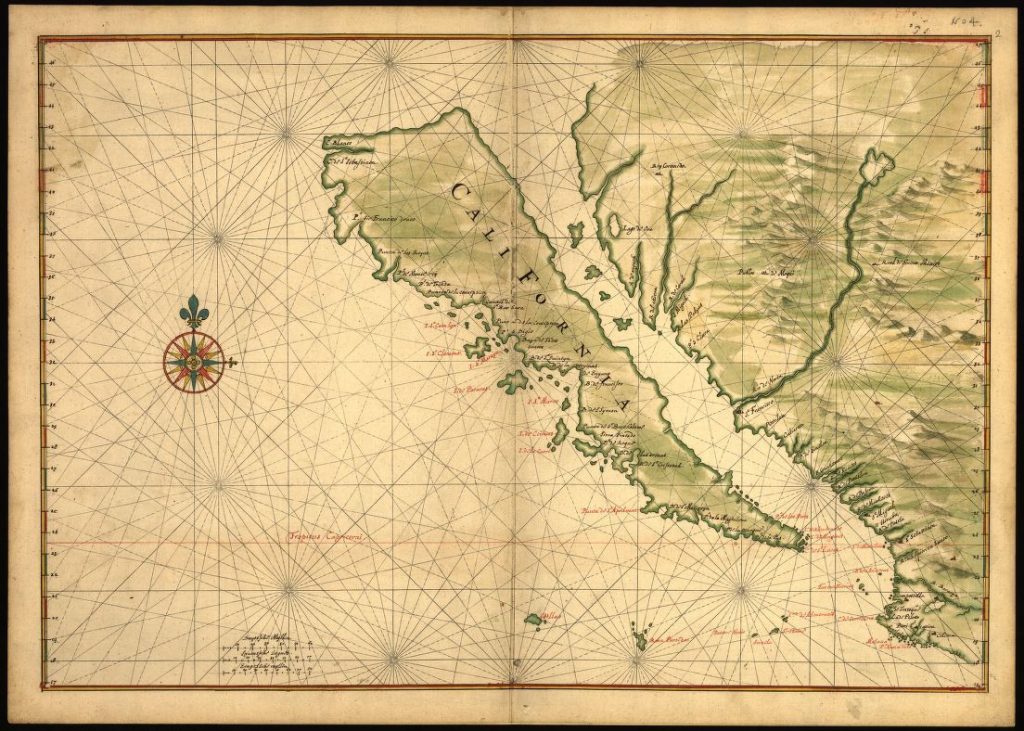 The map was drawn by Preuss, relying on the accounts from Fremont’s surveys and other sources. This map was one of the first to depict the Oregon Territory and the establishment of the Mexican-United States boundary, as well as the first depiction of the California region. The Sierra Nevada, Coast Mountains and the drainage pattern of the Sacramento and San Joaquin valleys all added to the expanding cartographic and geographic knowledge of the region. The map introduced the Golden Gate, designating the entrance to the San Francisco Bay, and showed the Great Basin as an unexplored region. What is the Great Basin? The Great Basin is characterized as the contiguous watershed between the Rocky Mountains and the Sierra Nevada and Cascade Mountains, a complex topographic area that covers parts of Nevada, Utah, Oregon, Idaho and California.

The names of different Indian tribes are identified, including the Yumas, Apaches, Moquis, Tejuas and Navahoes. California and New Mexico are appropriately labeled on the map, which is indicative of their cession to the United States in the year 1848, at the end of the Mexican American War. The Territory of Oregon was also created that same year by Congress, an area that includes what is today Oregon, Idaho, Washington and western Montana.

The map is graphic and highly detailed and is characterized as one of the “most accurate general map of the Far West for its time” (Schwartz and Ehrenberg, The Mapping of America, 275, 278).

This map is a significant cartographic work, a testament to Fremont’s expeditions, where he went and the things he observed, U.S. expansion into new territories, as well as a monumental contribution to geographical knowledge in the year 1848.