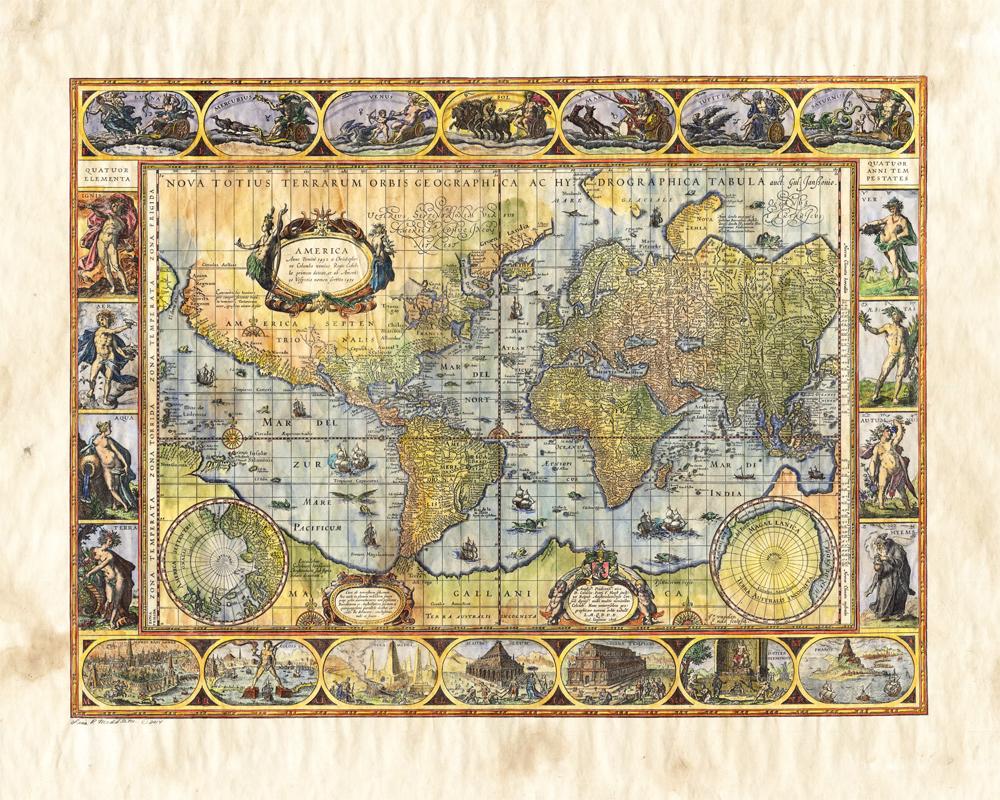 This map is the first exciting rendition of MERCATOR’s projection map, the first style of map to put the Prime Meridian across the center of the map, thusly avoiding the awkwardness of a series of circles. Is is a fine example of the golden age of Dutch maps, the map masterminds of the time.

The map incorporates some of the classic early 17th Century cartographic misconceptions, including the elongated NW Coast of America, massive southern hemisphere with narrow strait between it and South America, incomplete New Guinea attached to large southern continent, etc. Latin text on the verso.

The map is now famous for its elaborate ornamentation, embellished with ships, sea monsters, compass roses, and ornate border panels. Across the top are allegorical representations of the sun and moon and the five known planets – Mercury, Venus, Mars, Jupiter, and Saturn. The four basic elements, Fire, Air, Water, and Land, are illustrated on the left panel, while the four seasons are depicted on the right panel. The seven wonders of the ancient world are displayed in the bottom panels.

One of the original documents has recently sold for over $60,000.