The Controversy of the World Not Being Flat

As late as 700 BC, Homer was still writing of the world as flat piece of land that was encircled by the waters of a wide river. The center of the world was considered to be Delphi, which makes sense that the Greeks believed this, because for them- Delphi was the center of their world. Greece with her proximal location between the Far East and Africa likely did seem like the center of the Earth at that time, given to the extent the globe had been traveled.

By the time of Anaximander (611 to 547 BC) it is likely the Greeks had already discovered that the Earth was not entirely flat. Anaximander was the first to build a mechanical representation of the Universe, with the Earth as fixed point at the Center and heavenly bodies revolving around it. He was the first known to think of the Earth as floating in space and is known as the Father of Cosmology. He originally envisioned Earth as a cylindrical shape but widely studied the heavenly bodies, their elliptical orbits and was said later to have created a globe. He also was written about by the Greek

historian Strabo as being credited by Eratosthenes as being the first to create a world map. Among his students was thought to have been Pythagoras (Pythagorean Theorem). Pythagoras (570 BC to 495 BC) along with Parmenides of Elea (515 BC est. birth/death not fully known) are credited as the first known to teach that the Earth was Spherical. Plato (427 BC to 347 BC) was familiar with the theories of both men, he studied Pythagorean mathematics in Southern Italy and discusses Parmenides visiting and teaching Socrates in Athens around 450 BC. He taught his own students the Earth was round and wrote in Phadeo, “My conviction is that the Earth is a round body in the centre of the heavens.” Aristotle (384 to 322 BC) also taught the Earth was round and offered the evidence of the curved shadow of the Earth on the Moon during a lunar eclipse, the rising of the constellations from the horizon each night and the sinking of the sun each day beyond the horizon line. Ptolemy (90 to 160 AD) similarly noted that ships vanish and on approach while crossing the sea lands and mountains become larger.

Eratosthenes (276 to 194 BC) was the Greek Director of the Library at Alexandria wrote on the Measurement of the Earth, in which he showed how he was able to calculate the circumference of the Earth. On the Summer Solstice, he observed that at noon there was no shadow being cast over head by a building in Syene but in Alexandria, there was. He measured the shadow and was able to deduce the angle of the sun. With that he used the known distance of 5,000 Stadia between the towns of Syene and Alexandria and with his knowledge of geometry figured this to be 1/50 of a circle. From this, Eratosthenes was able to calculate the approximate circumference of the Earth. He was off by about 15% but that is still extremely impressive given the lack of tools or technology help him arrive at this calculation.

During the Middle Ages there was the shift in education from the Renaissance curiosity of the natural world to an emphasis on Medieval Church doctrines. Although the Greek knowledge of the Earth being round continued within educated circles it was no longer a major emphasis. Even though it had long before been discovered that the Earth was round, once again ideas that the Earth was flat permeated among uneducated groups that did not have access to or could not understand the older Greek  writings. One of the reasons for this is because when looking out in the distance over the water, at the horizon line, the Earth does appear to end. On the coast in the South of Portugal there is a vantage point known as the End of the World because as you look into the horizon, it does appear the Earth ends. Christopher Columbus had discovered a map made by Henricus Martellus which was the first map where the world is depicted as being round. 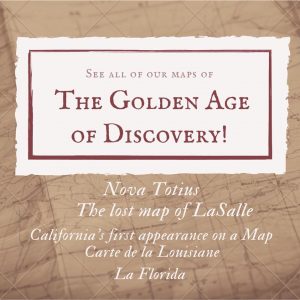