Forget about a tropical retreat for a moment and think of a panoramic valley, dotted with cows, vineyards, iconic lighthouses, whale watching in the distance, and lush forest. San Juan Island is one of four islands, and the second-largest of the San Juan Archipelago, located in the northwest region of the contiguous United States between the continental mainland and Vancouver Island, British Columbia, Canada. The island has a land area of 55.053 sq miles, and has the largest number of inhabitants of all the San Juan Islands. The name “San Juan” came about as a result of a 1791 expedition by Francisco de Eliza, who named the archipelago Isla y Archiepelago de San Juan upon discovery, in honor of Juan Vicente de Güemes Padilla Horcasitas y Aguayo, 2nd Count of Revillagigedo, who commissioned the expedition 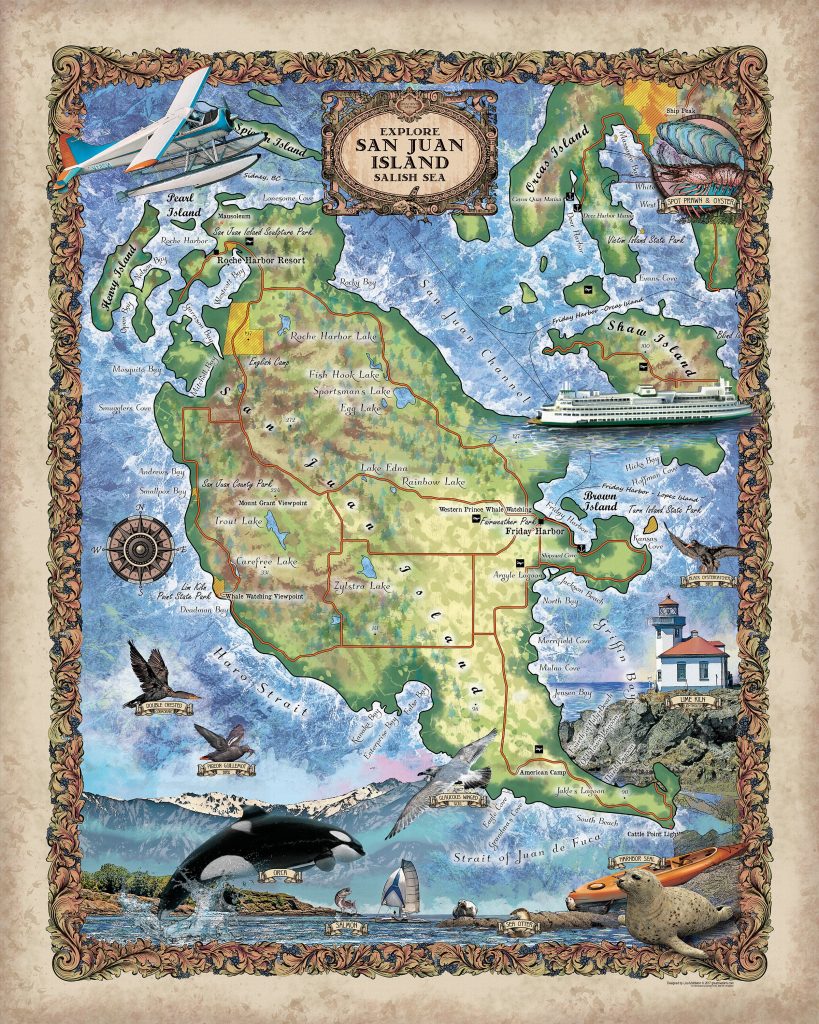