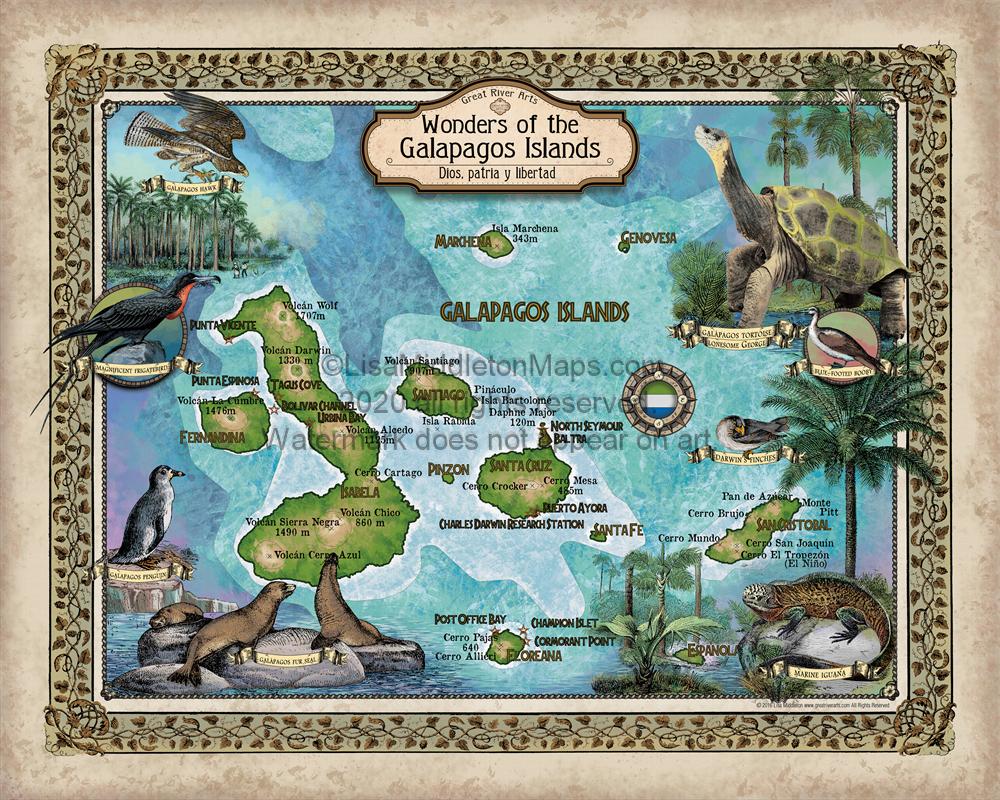 The Galapagos Islands is an archipelago of roughly 19 islands and several smaller islets, over 500 miles off the Ecuadorian Coast in the Pacific Ocean. The islands became a World Heritage Site in 1978, protecting almost 35 million acres of land and sea. The Galapagos is recognized for its unique wildlife, especially for the lack of predators. Visitors can interact with the friendly wildlife up close and personal, such as sea lions and gigantic sea tortoises. The incredible animal species served as the inspiration for Charles Darwin’s Theory of Evolution after his visit to the islands in 1835. Each of these actively volcanic isolated isles boasts its own set of unique species, but share similar environment and climate. It is one of the most outstanding marine ecosystems in the world, situated at the confluence of three ocean currents.

The islands were discovered in 1535 by Spaniard Fray Tomas de Berlanga when his vessel stalled and drifted off course on a trip to Peru. The English followed in 1593, and Irish sailor Patrick Watkins is believed to be the first to establish a permanent settlement on Floreana, when he was stranded between 1807 and 1809. In 1959, the Galapagos was designated a national park, and in the 1960s, tourism was launched and is still a key feature of the island today.

Constant seismic and volcanic activity shaped the Galapagos Islands, and combined with the extreme isolation, an unusual plant and animal life emerged. Tropical-dwelling penguins, fur seals, sea lions, giant tortoises, flightless cormorants, marine iguanas, Darwin’s finches and a variety of subspecies of mockingbirds create a spectacular view of diversity in the animal life of the islands. There are approximately 9000 local species living on Galapagos Islands and in surrounding waters. Endemic trees such as the giant daisy tree Scalesia and large cacti adds to the biodiversity of the region. Introduced animals and plants are now the biggest threats to these native species.

Some of the “must see” places are Genovesa Island, which boasts red-footed boobies, and  Española Island hosts the waved albatross, Galapagos hawk, and the Nazca and blue-footed booby. Fernandina is the westernmost and most volcanically active island, and the most pristine. Endemic rice rats and land and marine iguanas are among the sights, as well as turtles, tortoises and flamingos. The 4500-foot Sierra Negra volcano is the main attraction of Isabella island, where a hike or horseback ride to its huge crater and fumaroles is most popular. Snorkeling and scuba diving adds to the island’s abundant wildlife and scenic beauty.

This is a digitally colored map designed by Lisa and her team.