50% off this map with discount code SALISHSEA 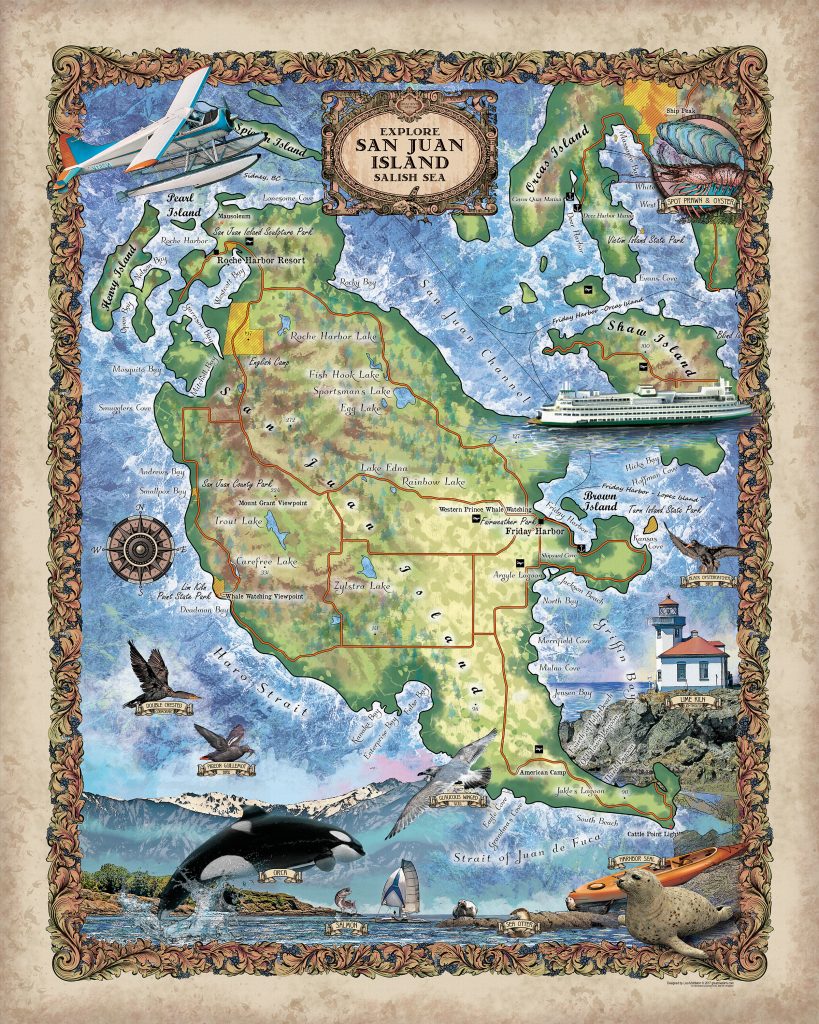 Lisa and the design team have carefully crafted this beautiful map of San Juan Island, Washington just for you! Great for your guest room or new residents our maps are a wonderful gift and home decor option! Forget about a tropical retreat for a moment and think of a panoramic valley, dotted with cows, vineyards, iconic lighthouses, whale watching in the distance, and lush forest. San Juan Island is one of four islands, and the second-largest of the San Juan Archipelago, located in the northwest region of the contiguous United States between the continental mainland and Vancouver Island, British Columbia, Canada. The island has a land area of 55.053 sq miles, and has the largest number of inhabitants of all the San Juan Islands. The name “San Juan” came about as a result of a 1791 expedition by Francisco de Eliza, who named the archipelago Isla y Archiepelago de San Juan upon discovery, in honor of Juan Vicente de Güemes Padilla Horcasitas y Aguayo, 2nd Count of Revillagigedo, who commissioned the expedition.

Study with a zoom lens and order your own art print here!