Immediately south of Jupiter Inlet Light in Palm Beach County, Florida is Jupiter Inlet, an opening in the beach, that leads to Jupiter Sound on the north, Loxahatchee River on the west, and Lake Worth Creek on the south. Fourteen miles south of St. Lucie Inlet, this turquoise runway to the Atlantic Ocean was originally the only inlet for those areas. Jupiter Inlet is 400-foot-wide, and along with several other inlets, serves as the local passage for boaters to enter and exit the Atlantic Ocean. 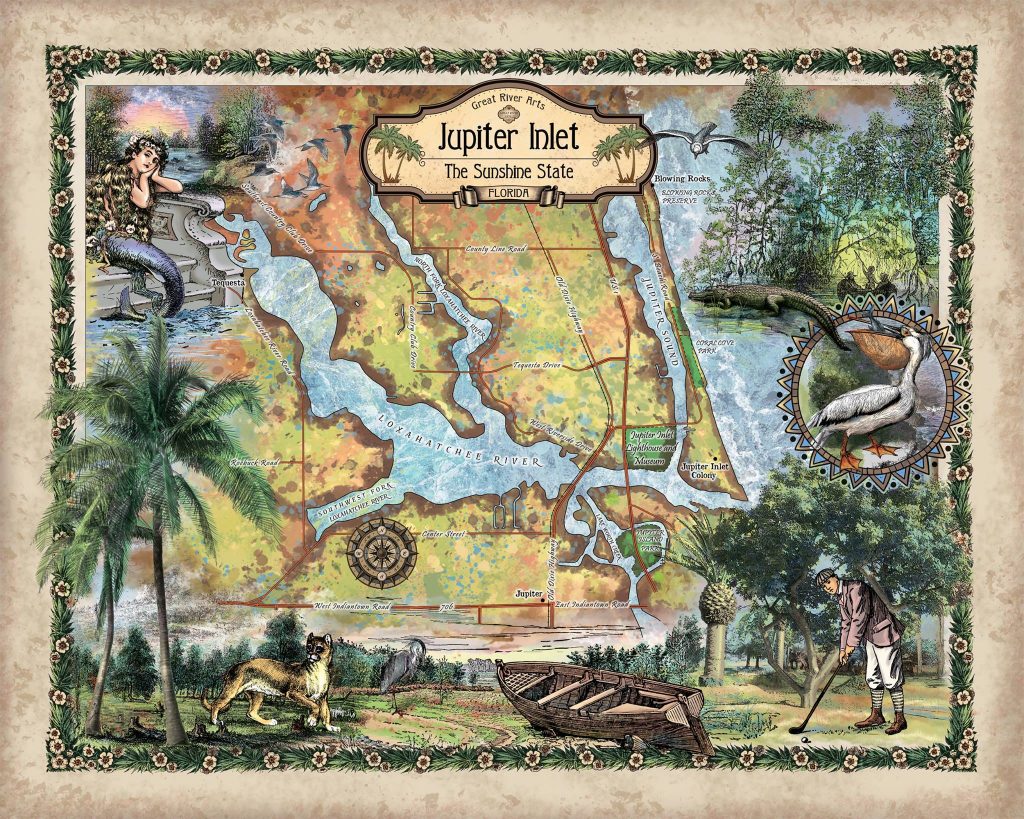 Jupiter inlet went through a number of name changes during its early years. It was first named Hobe, or Jobe, after a tribe of aboriginal Jeaga Indians who inhabited the area in the vicinity of the inlet. It was named Grenville Inlet on  DeBrahm’s 1770 map, while the English later interpreted Jobe as Jove. Furthermore, other mapmakers anglicized the name, having misinterpreted the Spanish’s Jove as the Latin translation of the god Jupiter, thus, the current name “Jupiter” that stuck.

Based on some accounts, the earliest known record of the Jupiter Inlet dates back to 1565. As early as 1671, the Jupiter Inlet was mapped by explorers who ventured into the region, and it was also illustrated on other contemporary navigation charts, such as charts created by the U.S. Army Corps of Engineers in 1966. A map of the Fort Jupiter Reservation, dated 1855, illustrates the inlet, several hundred yards south of its present location, but between 1913 and 1922, the inlet drifted roughly 1,250 ft. north to its current position.

Before 1922, Jupiter Inlet had no man-made stabalization structures in its mouth, but later, steel groins were constructed to stop erosion and to increase current velocities, while sand traps were dredged at various points in time. Different accounts reveal that the inlet was closed a few times during the mid-1800 and in the 1940s.

Jupiter Inlet is characterized as the most dangerous inlet in the Palm Beach County area. It typically gets large surfs breaking in the mouth of the inlet, shallow sandbars shift around frequently, and waves come in at weird angles. However, the most significant factor is that shoaling-the build up of sand, some 1,300 feet offshore from the inlet can cause trouble for boaters on this beautiful inlet. Still, it will perhaps continue to be a major inlets on the east coast of Florida for a long time to come.