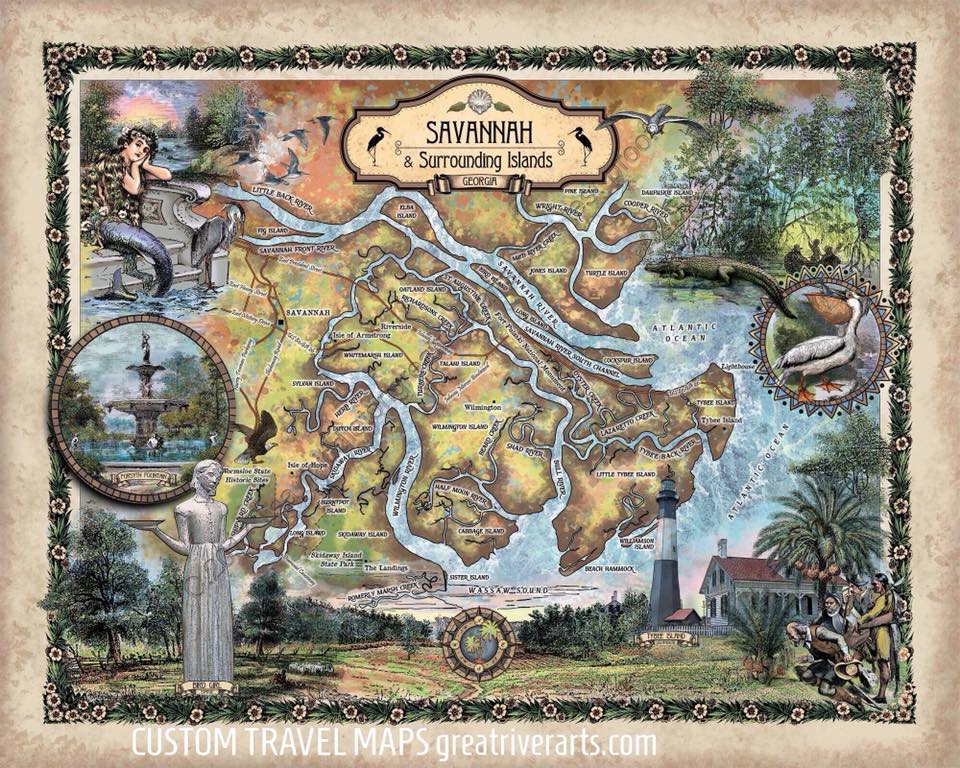 Affectionately dubbed the “The Hostess City of the South,” Savannah was established in 1733 and is known to be the oldest city in the State of Georgia, and America’s first planned city, which still maintain 22 of its 24 original squares today. The name Savannah is believed to have its origin in the Shawnee Native American Tribe, also called Shawano, Savano, Savana and Savannah at one point or another. Regardless, Savannah has a long, rich and colorful history, which lend to its eccentric appeal, where Old World architectural beauty, vibrant culture, romance, eclectic entertainment and art, quaint beaches and breathtaking countrysides, create the perfect mixture of ingredients that shape and define the city.

In 1733, General James Oglethorpe, on board the ship, “Anne,” along with 120 other folks, landed along the Savannah River, and named the last American colony “Georgia,” in honor of King George of England. The colony’s first city later became Savannah, which went through periods of prosperity and hardships, surviving the American Revolution, to see the development of a significant, profitable plantation and slavery system. With prosperity came lavish homes and churches in the city, some of which are still in existence today as historical buildings. Devastating fires, wars, epidemics and hurricanes were no match for a resilient Savannah.

In the vicinity of Savannah, only 18 miles from this historic city, lies a small coastal community called Tybee Island, pack with its own flavor, and like Savannah, is filled with natural, artistic, historic and cultural delights, including salt marshes teeming with exquisite birds and endemic wildlife, spectacular shoreline for shelling and sunbathing, historic raised cottages and museums. The name Tybee is generally agreed to be derived from the Native American Euchee word for “salt.” Lucas Vasquez de Ayllon claimed Tybee in 1520 for the Spanish as part of “La Florida,” or Spanish colonial Florida. As a remote barrier island, Tybee was an attractive, safe haven for pirates, as well as a hiding place for their loot. The Tybee Lighthouse was built in 1736 to secure control of the mouth of the Savannah River, a strategic location, and guided mariners safely into the river.

There are many attractions on Tybee Island, including fishing, dolphin cruises, biking, bird watching, kayaking, jet skiing, stand-up paddle boarding and surfing. To explore Savannah, take a tour on a horse drawn carriage or enjoy a walking tour to take in the historic sites of the city. Savannah and Tybee Island are a rich part of Georgia’s history.