The mystery that is Carte Pisane Antique Map  is one of the most important documents in the history of navigation. The Carte Pisane is the earliest surviving portolan chart that is speculated to have been drawn between 1290 and 1300, and is now located in the Bibliothèque Nationale Library in Paris. Portolan charts were an early 13th century cartographic form of navigational charts, drawn using compass directions and observed estimated measurements of sailors. The Carte Pisane was preserved in Pisa by a family who originally owned it. However, the mystery lies in its origin, in its maker, and in its precise purpose. What is the story behind this chart? Were there earlier charts showing this form of mapping? Was it the complete work of one cartographer? Was it complied from other earlier surveys? 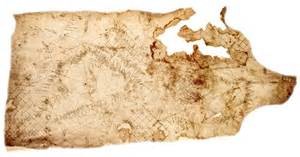 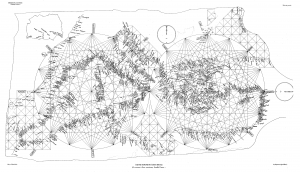 There is a lot of speculation by scholars in regards to this portolan chart. Some believe that it was drawn up in the wealthy port of Genoa, one of the first centers for such navigational chart production. Still, no one knows for certain the origin of the Carte Pisane Antique Map. Furthermore, the source of the chart is also unknown. Some scholars believe that the cartographer did not compile the information on the chart simply from his own observation, but that he used earlier surveys like a jigsaw puzzle to draw the map. This assumption emerges from the details of names and coastlines on the map that appears to reflect the results of many voyages.

Much more obvious based on careful assessment is that the Carte Pisane shows a detailed survey of coasts and many ports, but lacks any identifiable topography. Depicted are the whole Mediterranean coastlines, islands of Europe, the Levant, the Holy Land, the Black Sea, and the North African coast to the west of Tripoli. These are drawn in detail and are lined with closely packed place names in a variety of languages, with the Mediterranean illustrated with accurate navigational directions. In contrast, the cartographer struggles with sketchy detail of the Atlantic coast of Europe, and Britain (Isula Engrettera) is barely recognizable in form. The chart is oriented with the north on the upper side and has two centers; the chart features rhumb lines crisscrossing that extend from each central compass star in 16 directions, providing the map with sixteen corresponding wind directions.

Depiction of Compass at Center and Rhumb Lines Crisscrossing

The Carte Pisane, despite its mysterious origin and inaccuracies, it holds a significant place in the history of navigation and map making. It is a part of the

larger narrative of how map making has evolved throughout time.

Hardwood, Jeremy. To the End of the Earth. Struik  Publishers, 2007.

Kieding, Robert B. Scuttlebutt: Tales and Experiences of a Life at Sea. IUniverse,