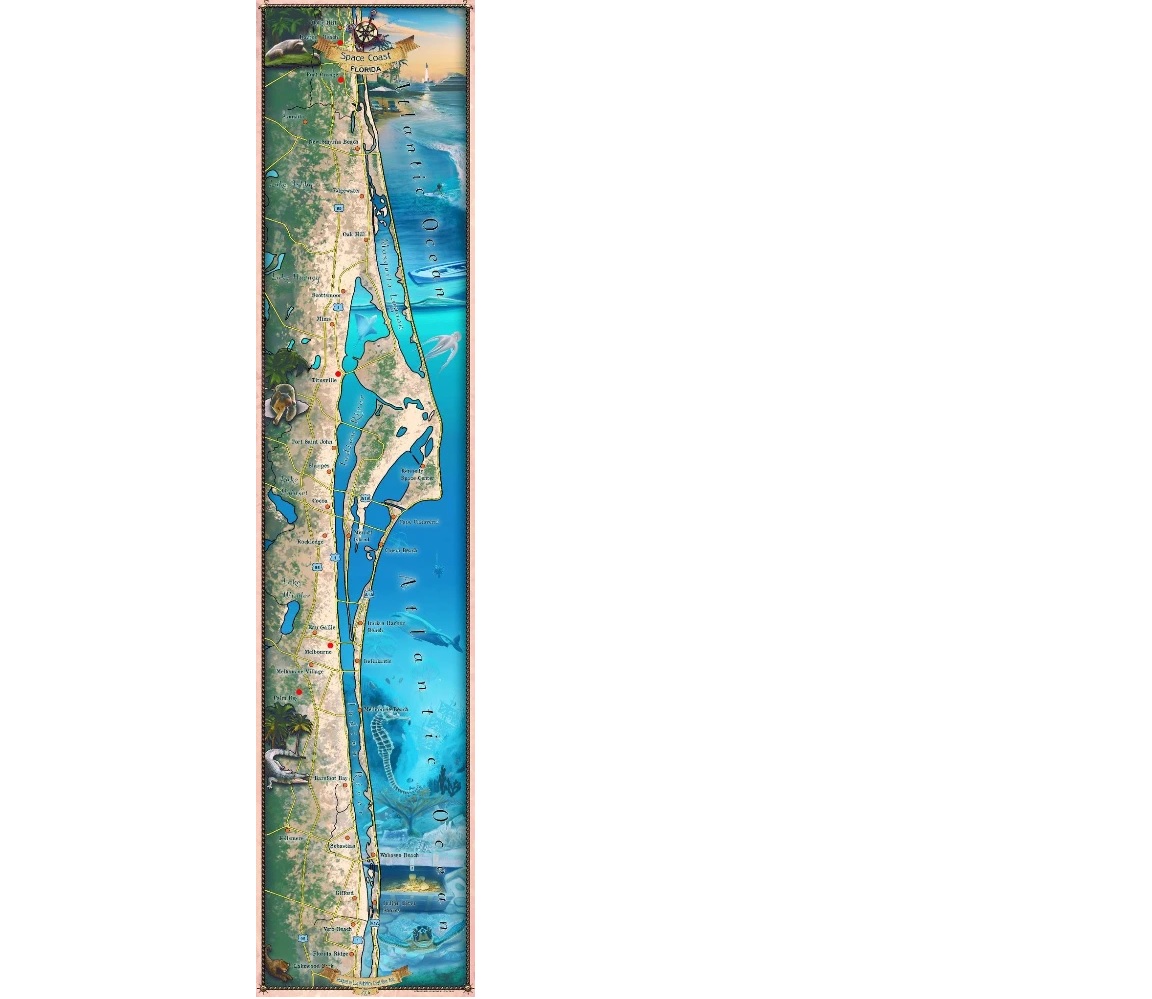 Situated approximately 35 miles east of Orlando and with over 75 miles of beach along Florida’s Atlantic Coast, which stretches from Canaveral National Seashore south to Vero Beach, Florida’s Space Coast is sometimes characterized as a multigenerational destination, with incredible diversity from North to South. This diversity is evident through Space Coast’s designated towns: Cocoa Beach, Palm Bay, Melbourne, Port Canaveral, Melbourne Beaches, Titusville, and Viera. Its identity is drawn from the Kennedy Space Center, which was the public face of a NASA space program that concluded with the landing of the shuttle Atlantis in July of 2011. The region’s current appeal rests largely in its beautiful white sand beaches, rocket launches from the Cape, unspoiled natural habitats, and its cruise ports.

The Space Coast offers quintessential Florida wildlife, from manatees in the wild to a private island, perfectly suited for an excursion to a quiet spot, where undeveloped stretches of endless white sandy beaches await. Entrenched in Space Coast is a rich surf culture, and Cocoa Beach is the tourist hub of the region. Throughout the Indian River Lagoon, bird nesting areas abound with a variety of birds, including the reddish egret, roseate spoonbill, the imposing bald eagle, northern caracara, snail kite, swallow-tailed kite, peregrine falcon, black rail, and many more avian species. Space Coast beaches are also habitat to a variety of sea turtle nesting areas.

There are lots to enjoy in Space Coast, especially if you are a nature enthusiast. The Merritt Island National Wildlife Refuge encircles the Kennedy Space Center and features a variety of nature- related activity opportunities and other outdoor recreational interests. One can enjoy ecotourism getaways including: birding, photography, kayaking, canoeing, and surfing, along with a wide range of fishing, quiet night star gazing, and wildlife observation. There is also a vibrant art scene, showcasing spectacular artworks of different themes and styles. Dance, theater productions, and music, have also helped to shape the culture of the region. There is so much to experience and enjoy in Space Coast.