What do you do during the Holy Crusade when your kingdom is threatened by potential Muslim invasion? You call upon the help of a mythical Christian priest/king of course. That was the case in the 1100s. When relations got tense, and the Turks threatened to invade the Crusader Kingdoms under the leadership of Imad ad-din Zengi, the bishop got nervous. He went to Western Europe to seek aid. 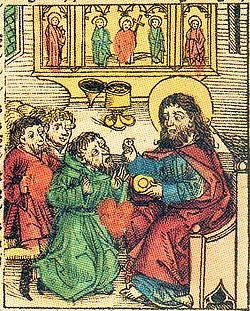 The bishop’s name was Hugh, and he presided over churches of Jabala. He sought audience with Pope Eugenious to ask for help. Otto von Freisingen, the bishop of Freising, recorded the meeting in his work, Historia de Duabus Civitatibus. Freisingen noted that Hugh referenced making a plea for help from a Prester John. He was the mythical Christian king of the east, who many thought to be real.

The myth had circulated for more than one hundred years up to this point, but there was no written record of it. All of the accounts were second hand accounts delivered by word of mouth. Prester John was the equivalent of a camp fire ghost story. Even though you know the specter is not real, the idea frightens you any way. You sleep in your tent with one eye open if the tale is ghastly enough.

Yet, in this regard, the myth does not frighten On the contrary, it gives great hope. The problem with Prester John was he never seemed to go away. Just when you thought the myth was discovered, some new piece of evidence would pop up, making him survive another one hundred years or so.

Why The Myth Was So Prevalent

The first piece to help perpetuate the myth was a letter, forged of course, sent to Emperor Manuel Comnenus of Byzantium. He then passed it on to the emperor of the Holy Roman Empire. The letter was believable because the author played on the already existing fears that existed among Europeans concerning a Turkish take over. A papal emissary was dispatched to find Prester John and seek help, but never returned. 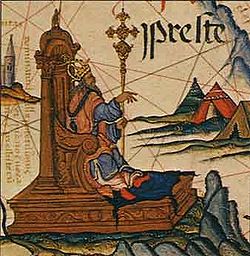 The other matter that complicated the myth was the fact that Prester John seemed to travel a good bit. Towards the end of the 10th century, the Kara-Khatai escaped to central Asia after their kingdom collapsed and established rule over the local Turkish tribes. As they expanded, a battle was fought against the ruling Turks of Persia. They defeated the sultan, Sanjar, and the rumor was that the head of the Khatai was a christian. Of course, this helped cement claims of the mythical Prester John.

However, it was not true. By the 14th century, all searching for this wealthy Christian King came up short. Yet rather than admit they myth for what it was, it was determined that they had been looking in the wrong place. Sights were set on Africa. This worked because there was actually a Christian kingdom there. However, it could only be accessible by mountains that were impassible. How clever and blessed! That had to be the kingdom of Prester John.

Afterward, the myth would vanish. The vanishing act would be stubborn. Prester John existed on the hearts and minds of people. Plus, that existence had been verified by people such as Marco Polo. Yet, just as running water will eventually clean stubborn dirt from a rock in a river bed, so would Prester John’s kingdom and presence be cleaned from maps of the world. Yet, it is fun to look at what was when the myth was flourshing. 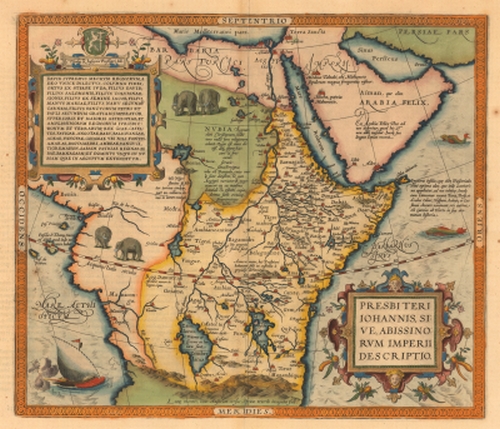 Be sure to like Great River Arts on Facebook! If you are looking for a map of your own, shop us online!