Not only are pigs a great source of food, they can also be a great source of trouble. Take for instance the Pig War that started in the mid-1800s. The incident was centered around the Treaty of 1846. As it happened, there were land disputes between the United States and Great Britain concerning the land that lay west of the great Rocky Mountains. The treaty settled the matter, establishing the 49th parallel as a permanent boundary between Canada and the US. Well, almost. It settled the matter until the boundary line ran into the water into channel off of Vancouver Island. The treaty was a bit foggy as to which way the line should turn. It simply referred to the “main waterway”. The British believed that the line should curve to the east of San Juan Island, while the Americans thought it should curve to the west and head into the Rosario straight. Both sides never really addressed the matter. That would prove to be a bad call. 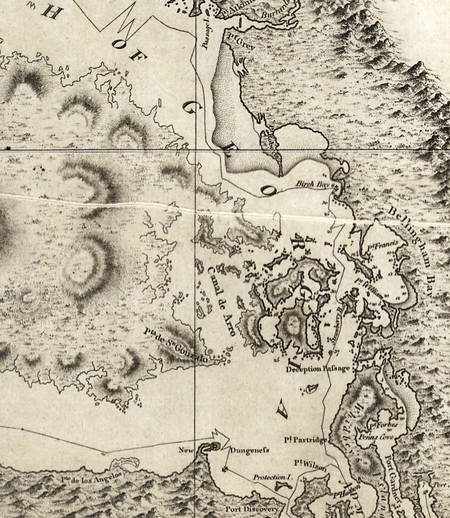 Vancouver’s 1798 map, showing some confusion in the vicinity of southeastern Vancouver Island, the Gulf Islands, and Haro Strait.  More of  Vancouver’s maps can be seen in Lisa’s Washington map Archive here.

With San Juan Island in a bit of limbo, a few interesting things began to occur. For one, the Hudson’s Bay Company already lay claim to the island (owned by the British). They did so in 1845. Fast-forward five years and a curing station for salmon was built, with a sheep ranch to follow three years later in 1853. To muddy the matter further, Washington territory was established by the US in 1853, and Whatcom County included San Juan Island as part of its mass. That meant that in 1859, there were just under 30 Americans living on the island. The British thought them to be illegal. Tempers on both sides were quite short. 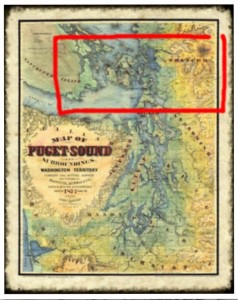 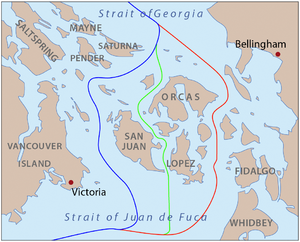 So, how does a pig start a war? Well, to answer that we would need to ask Lyman Cutlar. Though he is not alive today for us to ask, the incident involving him, regarding the 15 June in the year 1859, is still a matter of historical record. The short version is he shot a pig because it was rooting up his garden. 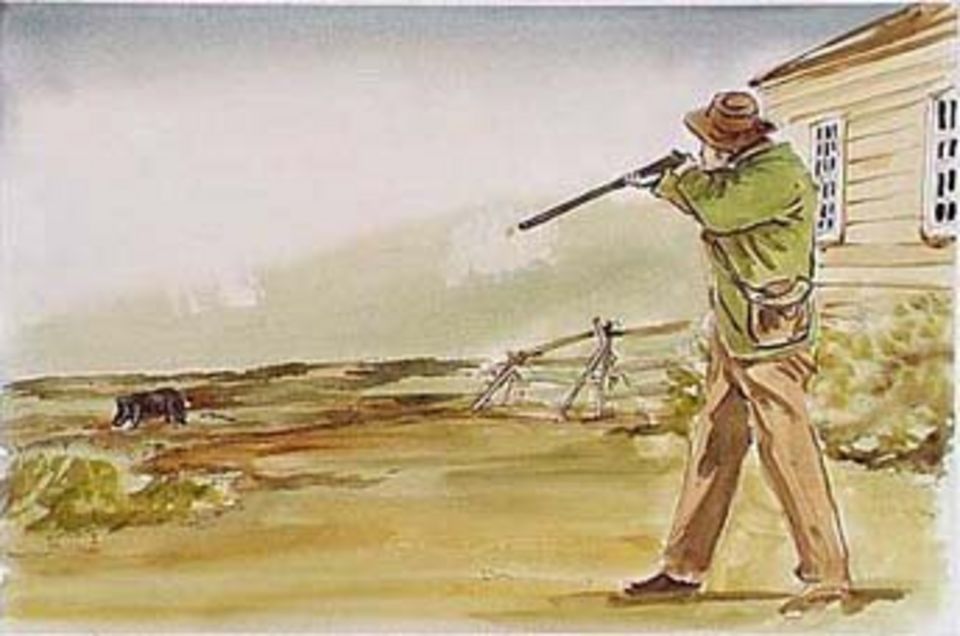 That pig happened to belong to none other than the Hudson’s Bay Company. They demanded payment, Cutlar refused to pay. As a result, they demanded he be arrested. Of course, this did not sit very well with the Americans who promptly dispatched troops to San Juan Island. The acting Brigadier General at the time, William S. Harney was known to be a little bit short fused. His reaction quickly spurred the British to action as they dispatched their naval force to protect their interests. 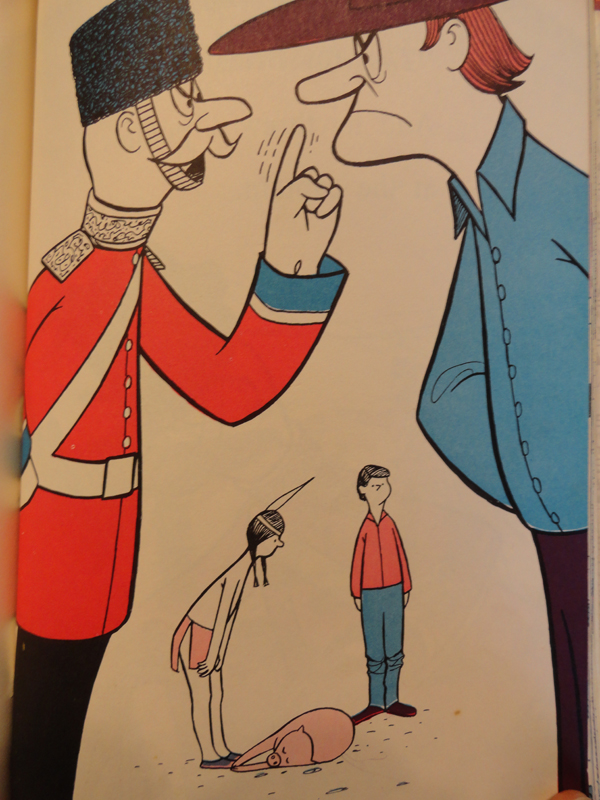 It would not be until the British admiral, Robert L. Baynes, arrived that the matter was brought into perspective. He was quite surprised to discover that two nations were about to declare war over something as trivial as a dead pig. However, fresh off the heels of revolutionary independence and the deep seeded emotions on both sides that still swirled about like thick soup in the air, action was inevitable. Each nation began to move forces to the area. By the summer of 1859, both American and British forces had garrisons at opposite ends of San Juan Island. The single shot was never fired, they would remain there for the next 12 years until the German Kaiser, under arbitration submitted by the British, eventually ruled in favor of the Americans. Shortly thereafter, the British began to withdraw, and the Americans would do the same in 1874. Think about this the next time you decide to have some bacon with your eggs. Evidently, a little pork can cause a lot of trouble if the circumstances are right.

View all of Lisa’s hand-painted and archived maps at www.greatriverarts.com. 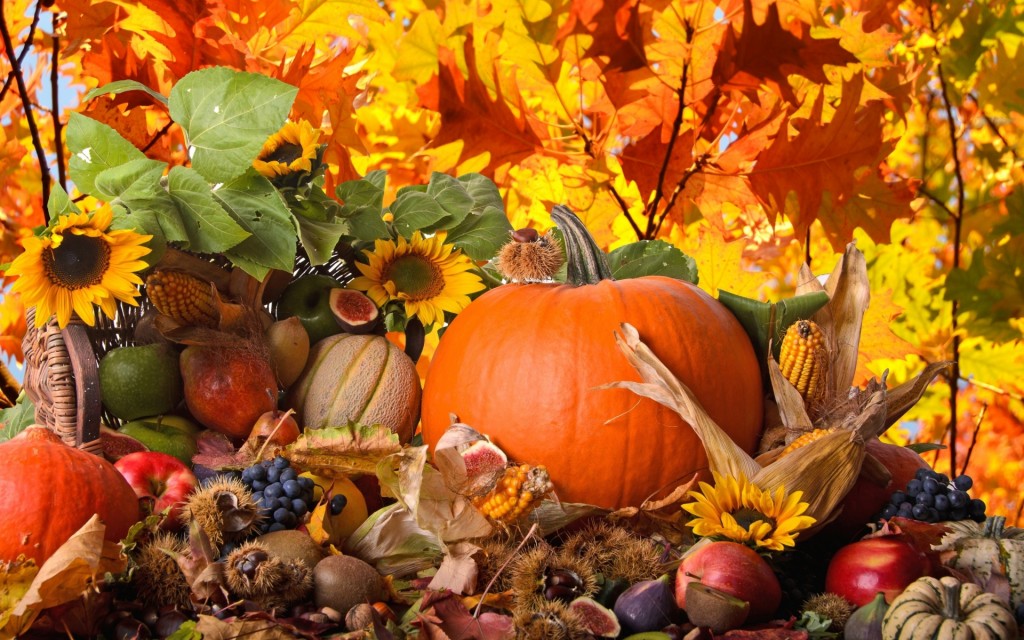 “I with good humor apologise for the discussion of killing animals in this post. I am animal animal protective, in addition to having sensitive feelings about the usage of guns. I post this story in the spirit of history and story telling, but I do not advocate the consumption of animals or gun violence.” – Lisa Middleton