In a land of constant change and vast exploration, much can be said about the great southwestern United States. Many claim that it was a place of new territory to be settled and conquered. According to many historians and antique map references, settlers were abundant as well as several religious and political figures. In truth, most Euroamerican settlers established new ground in a big way.

One of the most important keys in history is the various missions that were established in the southwestern states. In the beginning of the 16th century, Spain founded several missions throughout New Spain. During the time, New Spain was comprised of Mexico and Southwestern America which is now southern Arizona and also California, Colorado, Texas, Nevada, New Mexico, Oklahoma and Utah.  However, Arizona and western New Mexico is considered the “core “of the southwest.

Although there were many religious figures in the southwest, one of the most prominent Jesuit missionaries was Father Eusebio. In the spring of 1687, Father Kino began his work in areas between the Mexican state of Sonora and Arizona. He worked and lived with the Native Americans in the area called Upper Pima Country sometimes known as Pimería Alta. Throughout his stay, Father Kino established more than twenty missions in eight districts. Some of the most well-known missions were San Gabriel and San Xavier. These missions were located along the Santa Cruz River in the Pima communities of Guevavi and Bac.

The Pima Indians or Akimel O’odham were known as the River People. Some antique maps even show how prominent the Puma people were in the area. Prior to 1688 (significant colonial contact), the natives’ economy was chiefly dependent on farming, hunting gathering and extensive trading. In fact, the people’s irrigation system was extensive and very conducive.  In fact, the same ancient irrigation system is still used today. The Akimel O’otham was amazing textile craftsmen. Their expertise work included intricate baskets as well as woven cloth.

Before colonel arrival, their military rivals were the Yavapai and Apache. These Indians often raided their villages, especially when subtenant resources were limited.  However, the Puma natives also had a friendly rapport with the Apaches.

The Akimel O’otham was primarily a peace-loving people and rarely had conflicts with other groups. If fact, the Pumu’s were renowned for helping Euroamerican settlers. Nonetheless, Akimel O’otham peoples were feared warriors and very resilient when they had to be. Quite frankly, the genetics in their warrior blood allows for extended periods of time of starvation. Throughout history, their special warrior strength placed them in high regard. In fact, the city of Phoenix would not have been settled if they had not used starvation techniques against the Apache.

One of the best places to visit in southern Arizona is the ruins of the mission church of Los Santos Ángeles de Guevavi. The mission can even be found on some antique maps.  It is located on the Juan Bautista de Anza National Historic Trail in Santa Cruz County, Arizona (31°24′35.67″N 110°54′9.68″W). Other amazing sites on the scenic 1,210-mile trail include both hiking and auto tours. There are numerous museums, cultural villages, reenactments of history, neighborhood greenbelts and enormous open space preserves. 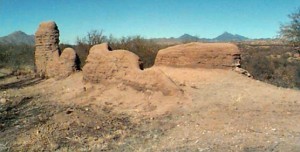 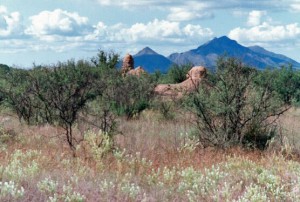 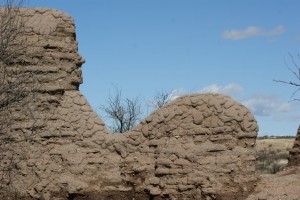