So what is the difference between being a pirate or a privateer? Well, if you are Jean Lafitte, the difference is merely in pronunciation. We say potAYto, he says potAHto. Let’s unpack this a bit as we explore the fascinating life of one of history’s most successful pirates. His story will definitely give you something to think about the next time you stare at our favorite antique map. 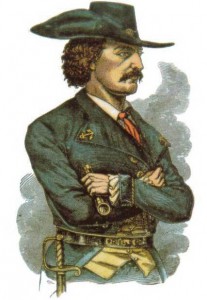 To his credit, Jean Lafitte started off as an honest businessman. His aim was to move goods back-and-forth from France to New Orleans. However, by the year 1805, he had established a warehouse operation in New Orleans. The purpose of this was two-fold. He would transport honest goods back-and-forth, and smuggled goods acquired by his brother Pierre. This worked well for a while until the Embargo Act of 1807 was passed by the US government. At that time, the Laffitte brothers had no option but to move their operation to a small island located in Barataria bay.

Three years later is where things really began to move in a poor direction though. It seems that there smuggling endeavor went so well that they begin to take over ships and auction off the cargo to make more money. In other words, they slid from privateer to pirate.

Not Your Typical Pirate

However, Lafitte was not the murderous, peg leg, parrot bearing individuals that we often associate with infamous types like Blackbeard. No, on the contrary, he and his brother were known for treating captive crews very well. In fact, if a ship did not serve their purposes, they would often times return it to the captain. So it appears they had a moral compass, though finding true “North” was a somewhat subject matter. At any rate, there would come a time when the brothers would have to make a choice, if they wanted to survive.

By 1814, the American government had finally had enough of the Lafitte’s of John Lafitte and his piracy antics. They invaded the Barataria Bay and captured most of his fleet. However, in a fortuitous exchange, Lafitte received a pardon in exchange for helping General Andrew Jackson defend the city of New Orleans against British attack. We know this as the curtain call battle of The War of 1812.

After that, the Lafitte brothers would move to Galveston Island, Texas and establish a thriving pirate colony, Campeche. There, they would moonlight as pirates while serving as spies as Mexico made its bid for independence. This would also begin to foster stories of buried treasure.

From here, the rest of the story reads just like the beginning. Lafitte would continue to overrun merchant ships in the golf of Mexico and Cuba. These continual acts of piracy would ultimately result in his death. He died while trying to overrun a heavily armed Spanish vessel that returned an overwhelming amount of fire. However, stories of his death have become legendary simply because of the type of character Lafitte was known to have been.

Those stories also gave rise to legendary tales of Lafitte’s buried treasure/contraband scattered all along the coast out of Galveston Island, Texas and throughout the Louisiana swamps. 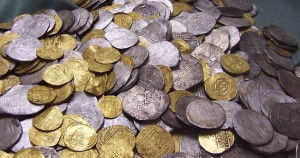 Over the years, countless numbers of people have tried to find his treasure. Most notable was a scam attempt by an individual in 1909 who convinced hundreds of people he knew where the buried treasure was. That was not the case. He made several thousand dollars and got to spend six years in prison for his fraudulent endeavors.

The other most notable attempt was the mid-1920s. It was during this time that a private outfit went on the hunt and drained the Indian Bayou in search of Lafitte’s treasure. The rest of the crew, and all of the workmen, left suddenly after several weeks of work, probably out of pure frustration. The only thing found was a canoe which was put on display at a museum in New Orleans.

So what does that mean? Is there treasure still out there? Well, one can only speculate. And if history proves anything, we certainly will. That’s what makes the story of pirates so amazing. It’s the speculation of the unknown, the stories of walking the plank, life and adventure on the high seas. All of this sounds so much better than what really happened… two brothers started an honest business, then decided to run contraband and commandeer merchant ships for illegal gain.

Follow Great River Arts on Facebook for more updates and interesting facts. Visit their online store to purchase your own treasure map!